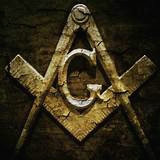 He was born on April 23, 1912 in Bible Grove, the son of the late Loam and Gertrude (Fopay) Boose.  Raymond married Loma McCollum on April 12, 1941 in Wood River, IL and she preceded him in death on October 15, 1991. He served his country in the United States Army during World War II. At the time of his death, Mr. Boose was the oldest living veteran in the state of Illinois.

Raymond was the superintendent of maintenance and transportation at the North Clay School District and is remembered fondly as the bus driver for many students over the years. He was also a craftsman and carpenter. He was a 50 year Master Mason at Flora Lodge #204 and a member of the Louisville American Legion Post #914.  He enjoyed looking for arrowheads, loved hunting and fishing, St. Louis Cardinal baseball and was very involved in his family. He enjoyed spending time with all of the children and grandchildren. Raymond was a good man and loved by many and will be missed by all who knew him.

He is survived by three sons; Bob Ed (Tammy) Boose of Xenia, Mike Boose of Frostproof, FL and Stuart (Cindy) Boose of Louisville, two daughters; Debbie (George) Cammon of The Woodlands, TX and De Ann (Andy) Miller of Marshall, IL and a total of 100 grandchildren, great-grandchildren and great-great grandchildren and by several nieces, nephews and good friends. In addition to his parents and wife, he was preceded in death by a son, Raymond Vaughn Boose Jr., two sisters; Beldora Leach and Bonnie Thelma Boose, a brother; Ed Boose and by a granddaughter, Kristen Miranda Boose.

Private graveside services honoring the life of Raymond will be conducted at Orchard Hill Cemetery in Louisville where military rites will be accorded. Bro. Tim Van Dyke will officiate. Visitation will be held on Tuesday, February 5, 2019 at the Triplett & Neal Funeral Home in Louisville from 6 until 8:00 pm.  Masonic Rites will be conducted at 8:00 pm. Memorial contributions in Mr. Boose’s memory are suggested to the American Cancer Society. You are invited to share your memories of Raymond and leave a condolence at www.triplettandneal.com

To send flowers to the family or plant a tree in memory of Raymond Boose, please visit our floral store.