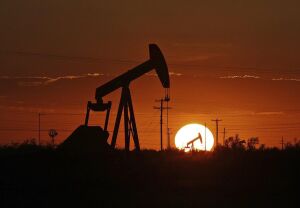 Jerry was born on October 17, 1939 in Flora, the son of the late Allen and Nellie (McGee) McGee. He married Faye Wolfe on April 2, 1959 in Bible Grove and she survives. Mr. McGee worked in the Oil Field business for many years, he was also heavily involved with farming and carpentry work. Jerry was a charter member of the Bible Grove Fire Protection District. He was a longtime member of Old Union Church of Christ in Bible Grove. Jerry enjoyed raising Hereford cattle, collecting toy tractors and square dancing with Faye.

In addition to his wife of 61 years, Faye, Jerry is survived by three sons; Brad McGee of Flora, Douglas (Rhonda) McGee of Olney and Dennis (Shaunell) McGee of Louisvlle, a daughter; Gayla (Larry) Seidl of Flora, seven grandchildren and three great grandchildren. Besides his parents, he was preceded in death by a brother, Jack McGee and by his beloved Bassett hound, Dee.

Private graveside services honoring the life of Jerry will be conducted. Bro. Gene Birch will officiate. Interment will be at Old Union Church of Christ Cemetery in Bible Grove. Triplett & Neal Funeral Home in Louisville is in charge of the care and arrangements. Memorial contributions are suggested to Shriner’s Hospital or to St. Jude Children’s Hospital and will be accepted at the funeral home. You are invited to share your memories of Jerry and leave a condolence at www.triplettandneal.com

To send flowers to the family or plant a tree in memory of Jerry "Fibber" McGee, please visit our floral store.

You can still show your support by sending flowers directly to the family, or by planting a memorial tree in the memory of Jerry "Fibber" McGee
Share a memory
© 2020 Triplett & Neal Funeral Homes. All Rights Reserved. Funeral Home website by CFS & TA