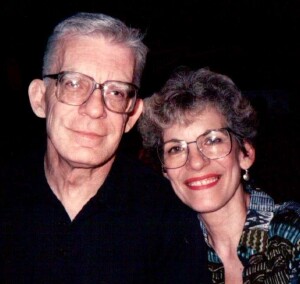 Marcia grew up in Chicago Heights, Illinois, as the middle child, with her two sisters, Marilyn and Glenda. She graduated from Bloom High School in Chicago Heights and then attended nursing school at Rush Presbyterian Hospital in Chicago (now Rush University Medical Center). While studying in Ana, Illinois, as part of her nursing program, Marcia met her true love, Troy “Jack” Gibson from Flora, Illinois. They married and had two daughters, Camille (Cammy) and Jacqueline (Jackie).

Marcia was smart and vivacious, and excelled in her nursing career. However, after working as a hospital RN for over a decade, she decided to pursue what she felt was her real calling–teaching elementary school children. So, in her mid-30’s, she returned to school to get her Bachelor of Elementary Education degree from Lindenwood College (now Lindenwood University) in St. Charles, Missouri. Marcia worked as a sixth-grade teacher for many years at Becky David Elementary School in St. Charles and continued teaching in South Florida until she retired. Through the years, her passion for teaching never waned—she loved it.

Marcia is survived by her two daughters, Cammy Gibson and Jackie Gibson Martin; son-in-law, Jerry Martin; granddaughter, Leah Martin; and grandson, Troy Martin. She also leaves behind many other beloved relatives and friends. As soon as our country’s quarantine situation ends, Marcia will be brought back to Flora, Illinois, to be laid to rest next to her loving husband, Jack. At that time, a small graveside service will be held at Elmwood Cemetery in Marcia’s honor. It would be most appreciated if, in lieu of flowers, donations could be made in Marcia’s name to the American Lung Association and Alzheimer’s Association, so they can continue their much-needed research. Triplett & Neal Funeral Home in Louisville is in charge of the local care and arrangements. You are invited to share your memories of Marcia and leave a condolence at www.triplettandneal.com

To send flowers to the family or plant a tree in memory of Marcia Gibson, please visit our floral store.

You can still show your support by sending flowers directly to the family, or by planting a memorial tree in the memory of Marcia Gibson
Share a memory
© 2020 Triplett & Neal Funeral Homes. All Rights Reserved. Funeral Home website by CFS & TA